The state of Bihar has over thirty eight districts and Nawada is one of them. There are many beautiful places both of historical and religious relevance like Nalanda, Bodh-Gaya, Pawapuri, Rajgir, and Gaya which are located near Nawada. The city is located in Magadh subdivision of Southern Bihar and holds historical importance. Nawada is surrounded by Jamui in its east, Gaya in west, Koderma in south and Shekhpura in its north. 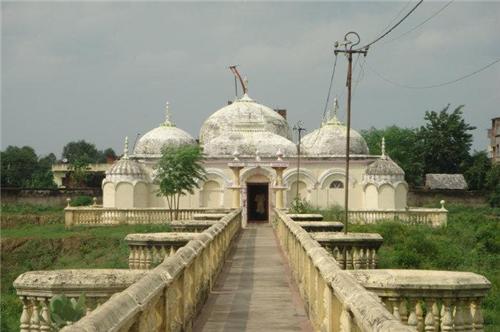 Nawada comes under Magadh subdivision. Previously, Nawada was part of Gaya district. The Rajas of Hisua had ruled over Nawada before it was acquired by the East India Company. The city was also central to the Revolt of 1857. Historians are of the belief that Nawada had been an important religious center of Hinduism during the reign of Pala rulers of Bengal.


Geography and Climate of Nawada

Nawada is said to be divided into two blocks by Khoori river. The city is located at 24.88°N 85.53°E and at an average elevation of 80 metres (260 ft). Rainfall comes in the month of June and stays till the month of September. Nawada receives an average rainfall of 1037 mm. The climate can be categorised as sub-tropical to sub-humid. Winters are extremely cold and the summers are very hot. The summer season is from middle of March to middle of June. Then, comes the rainy season and goes up to middle of October. During the nights, the temperate is high and it is hot during May. One feels relieved as monsoon approaches. In winters, the temperature is as low as 16°C and in summers it is as high as 46°C. Read More................................ 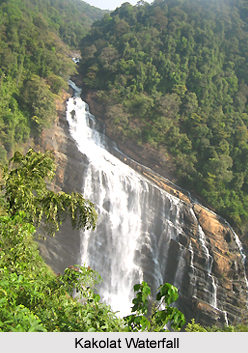 Nawada is popular for its beautiful temples and simplistic natural beauty. There are many tourist spots which one can visit while on their vacation. Some of the famous religious spots are Gunawa Jal temple, Sobhnath and Sankat Mochan Mandir. One should not miss Kakolat waterfalls and its alluring surroundings. Besides the waterfall, one can also visit Narad museum and enjoy the scenic beauty of Rajauli. The people of Nawada celebrate their festivals with full energy. It would be a pleasurable experience for any tourist to witness Mahavir Jayanti, Chatt puja and Janmashtmi here.

The people of Nawada are known to celebrate their festivals with full enthusiasm and fervour. These festivals depict the traditions and rich culture of India as a whole and Nawada to be in particular. Some of the festivals celebrated by the people around the city are Shivratri, Holi, Durga Puja, Deepavali, Chatth Puja. During festivals people in Nawada decorate their homes with rangoli, flowers and lights.


Business and Economy of Nawada

Nawada lies on the Southern Bihar Railway and with time it is gaining much hype as the upcoming trade centre. Magahi Pan is considered to be very famous in Tungi villages and even the surrounding villages. Nawada in the past had been the main market but now with time Sirdalla Bazaar has become an important market place which connects almost 25 villages. Some other commercial centres which act as the epitome for trade are Purani Bazaar, Main Road as well as other major commercial centres. The communities of Kalwar (Bhagat), Jains, Yadavas, Bhumihars(babhans), Sahu and Baranwal amongst others are the powerful and influential people who run business in Nawada. Economy of Nawada is to a great extent dependent on agriculture. Vegetables, Pulses, Wheat and Paddy are some of the main crops. Anyone would feel rejoiced and meditated after visiting the city of Nawada. There is something for everyone to see, explore and understand. 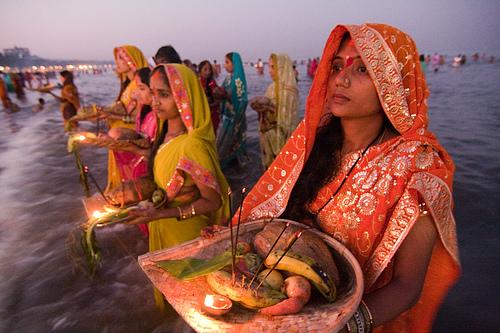 Nawada is a place which is home to many artists and their beautiful canvas paintings. The religiosity of the city is clearly visible in its art and culture. Nawada stands untamed by western influence. Even though, thousands of tourists come to visit Nawada but the people are still well rooted in their values and haven't adopted the western culture. One can enjoy the dance performances, melodious music, art, festivals and fairs of the traditional society of Nawada. The main languages spoke by the people in the area are Hindi, Urdu, Magahi and English. Read More.................

Don't forget to shop for some of the beautiful paintings and craft works made by local artisans. The local markets are the best place to shop for fabrics. Rajgharana Mega Mart is said to be one of the best Shopping Malls in Nawada. One can shop for branded garments here. There are shopping malls like Yamuna Shopping Complex and Vishal Market where tourists can get clothes as per the latest trends and modern fashion trends. Another place to visit for shopping is Moinuddin Market Complex. And there is Raymond Group Sagarmal and Sons for ready made gents clothings.

Comments / Discussion Board - About Nawada