Nawada is both a city as well as a municipality. The city is also headquarters for Nawada district which lies in the state of Bihar. Nawada is a fast developing region and is one amongst the 38 districts in the state of Bihar. The district is popular for its beautiful temples. Historians are of the belief that it was a reputed religious center for Hindus at the time of Pals. The administrative structure of the city is very elaborate. 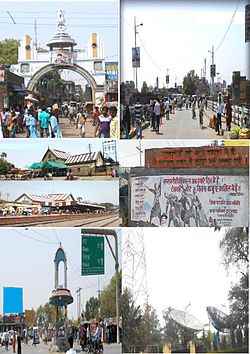 Nawada is one amongst five districts which are part of the Magadh division. There are 14 blocks included under Nawada. The city has a total population of 1,809,696 and its area is approximately 2,494 sqkm. The main agricultural crop for the people here is Paddy. And the main industry for them is Bidi factories. Sikri is said to be the main river of the town. If we talk about the literacy rate, it is at 46.83%. Furthermore, female literacy rate is at 32.17% and male literacy rate is at 60.58% .
Nawada District Block List
There are fourteen blocks which fall under Nawada district. The list of these blocks is given below,
Akbarpur Block
Gobindpur Block
Hisua Block
Kashi Chak Block
Kawakol Block
Meskaur Block
Nardiganj Block
Narhat Block
Nawada Block
Pakribarawan Block
Rajauli Block
Roh Block
Sirdala Block
Warisaliganj Block

Comments / Discussion Board - Administration in Nawada