Magadha dynasty and history of Nawada are closely linked. The city is well known in mythological sources and Indian Epics such as Ramayana and Mahabharata. Surya Narayana Mandir of Handiya which was constructed by the King of Magadha Jarasandha bears a great importance in the history of Nawada. The city before being acquired by the East India Company was ruled by independent Rajas of Hisua. And after being acquired Nawada was regarded as the center of Mutiny of 1857. 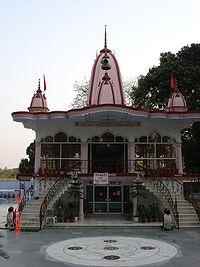 The city has a glorious historical past and is known for its deep rooted history. It was King Vahydrath who had established the Magadha Empire. Another king called Jarasandha was born in Tappoban and it was he who had also fought with Bhima. Dariyapur Parvati is a village in Nawada which lies six miles towards North of Warisaliganj. Here, on can get in touch with historical ruins and relic of Kapotika Bodh Bihar. The famous temple of Avalokiteshwer is also situated here. It was King Aditaysen who had founded the historical monuments which are present in village Apsar and even today one can go and explore them. The place called Kurkihar is said to have an esteemed place in Pala dynasty. It is located at a distance of three miles towards North East from Warisaliganj (a small town in Nawada). The heroes of the Revolt of 1857 had captured Nawada and attained freedom.

If we talk about the modern history of Nawada, the first and foremost place which comes to anyone's mind is the "Sarvoday Asharam". It is situated in Nawada district and was inaugurated by Desh Ratana Dr. Rajedra Prasad and was later managed by Shree Jayaprakash Narayan. Kawakole Police station at Village Sekhodewra is not too far from the Ashram. The surroundings of the Ashram are full of scenic beauty with small hills in the background. Any tourist would love to shout out aloud while standing on a high hillock and would be pleased to hear their echoed voice in same human tone.

We can find in history that Bhima had visited Pakardia village and this village is barely three miles from head quarters, Nawada. Sitamarhi is a place situated in Nawada, Sita had this place as her abode during her exile. She also gave birth to Lava at this place. Another famous epic maker called Valmiki had his abode in the village of Barat. Saptrishi had made their abode in Rajauli. Lord Buddha and Lord Mahavira also had great respect for Nawada. One of the most beloved disciples called King Bimbisara is also associated with the city. It was in Nawada that the sermon of Lord Buddha had been revealed first Nawada also holds an important place in music. Some of the famous music personalities like Padma Bhushan Prasad and Siyaram Tiwari had been masters of  Dhrupad and Thumari. These great musicians belonged to Nawada district.

Comments / Discussion Board - History of Nawada