Localities and Residential Areas In Nawada

Nawada city is one of the most popular cities of Bihar state. The city is growing at a quick pace and is much liked by tourists as the best place to spend time away from hustle bustle of busy city life. The religious atmosphere combined with numerous trading and shopping complex make the city a perfect mix of old and new. The historical monuments and the beautiful temples add to the charm of the enchanting city. Many educational institutions are opening up in the city to provide better education to its residents. Nawada is must visit place for any tourist. 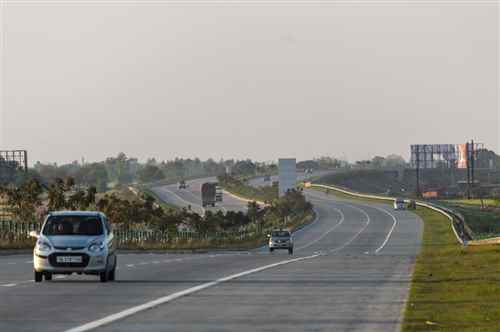 Navin Nagar is a locality in Nawada which lies in state of Bihar. The city belongs to Magadh division. The postal head office for Navin Nagar is Nawadha. There is a hospital called Sadar Hospital in the locality which is a boon to the residents in terms of healthcare.

Some of the nearby localities to Dr Sultan Ahmad Colony are Bundel Khand which is over 1km, Islam Nagar also at 1km, Ansar Nagar, Bhadauni and Navin Nagar all at a distance of 1km.

Loharpura village is located in Nawada Block of Nawada District. The village is around 10 kms towards North of Nawada district Nawada headquarters. The pin code of Loharpura is 805104 and the postal head office is Kadirganj. Some of the nearby villages to Loharpura are Paura, Samai, Manjaur, Qadir Ganj and Baghi Bardiha.

Ansar Nagar masjid is the only masjid which lies in this locality and beautifully designed in white color. The area pin code for this locality is 805124 and the post office name is Pakaribarwan.

Gonawa comes from Gun Awa in local language and Gun Aya as per Hindi. It also means 'got enlightened' in English. The first and foremost disciple of Lord Mahavir was Gautam Swami, he had obtained his Kevalya Gyan at this place. The temple called Mulnayak, Charanas of Gautam Swami is situated on the banks of tank including the Dharmshala. It is said that Mulnayak is 4 ft 6 inch idol of Padmasana Tirthankar Kuntunath which is made dark stone. The place is considered to be ancient and holds great importance spiritually in Jainism and also in the history of Mahabharat. Furthermore, historical sermon of Lord Buddha had been reveled for first time. The two important personalities, Great Lord Budha and Lord Mahavir loved this place. The two ancient places which are a must visit here are the Jalmandir and gunawan jee mandir connected to Jainism. Approximately two miles towards north of this place is a beautiful Jain temple. However, village as such does not have any important buildings but it is spiritually sound. It is the nirwan sthal of Pawapuri-Tirthankar Mahavir. The famous Kakolat waterfall) is around 27 km from Gonawan.

Mahuli is located in Roh tehsil in Nawada district of Bihar. Mahuli is said to be one of the villages among the 77 villages which come under roh Block. No railway station is present near to Mahuli within 10 kms. Begu Sarai is the nearest station about 77 kms from Mahuli.

Samai is one of the 73 villages of Nawada block along with Pachhiyadih and Bibipura. The village is part of Nawada Tehsil and also has a inter school which is a co ed school with a total of 429 students. N.P.S. Bihari Bagi School is another school which is located in Samai village. The school is managed by Dept. of Education in Bihar . It has classes from Standard- 1 to Standard- 5 (Primary School only).

Bhadauni Sharif is a locality in Nawada, Bihar. The Indian village is a Tehsil, a village panchayat in Bihar. It is said to be one of 73 villages in Nawada Block including some other villages like Khaprah and Kumbhi.

Sonsihari is located in the taluk of Nawada, district of Nawada. The pin code of the place is 805123 which has been codified by Indiapost. The pincode is assigned based on geographical location in the Patna HQ.
Some other localities which are part of Nawada district are

Comments / Discussion Board - Localities and Residential Areas In Nawada